By now you have all seen the exciting all-new team of superheroes to the Marvel Cinematic Universe on Marvel Studios’ Eternals on Disney+ (available since January 12). Marvel Studios’ Eternals also debuted on all major digital platforms on January 12 and debuts on 4K Ultra HD, Blu-ray and DVD on February 15. Marvel fans can enjoy never-before-seen bonus material including four deleted scenes and a gag reel.

It felt like we had a glimpse of being on the set while watching the bonus materials. We enjoyed getting the know the director Chloé Zhao, and seeing how she interacted with the cast behind the scenes. It deepened our appreciation of her work to learn about how she filmed this beautiful movie. If you’re like us and studying every detail and clue in this movie, you’ll appreciate seeing these features. Right when the film ended we were craving for more and we welcomed deleted scenes and enjoyed the gag reel. You can see all that you’ll receive here with your digital and 4K Ultra HD, Blu-ray and DVD copies.

Marvel Studios’ Eternals follows a group of ancient heroes from beyond the stars who had protected Earth since the dawn of man. When monstrous creatures called Deviants, long thought lost to history, mysteriously return, the Eternals are forced to reunite in order to defend humanity once again. 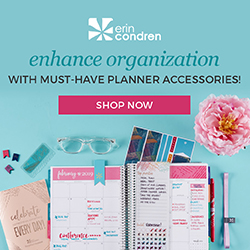 Slot Canyon fun in SoCal! It amazes me that I ca

Beautiful trail in SoCal🌳💚 . This neighborho

✨An evening stroll at our favorite park✨ . Jus

🌸Spring getaway🌸🌼🌹 We had a little we